Insights > News > Bitcoin: is it too late to invest? The tech aspect

Bitcoin: is it too late to invest? The tech aspect

A large number of so-called experts usually focuses on short-term analysis of Bitcoin’s prices. However, for investors who don’t have the technical knowledge or time to day-trade, it is crucial to understand what makes the price of Bitcoin fluctuate. The technology, the ecosystem, the regulation, but also basic technical analysis tools are important parameters to keep an eye on. In this article, Coinhouse will try to provide you with some clues to invest at the right time as well as feel confident about your investment without having to stare at the charts all day.

What are the strengths of Bitcoin?

The most important thing to look at and understand as an investor is the technology behind Bitcoin and its rate of evolution: the concept of permissionless blockchain, a shared digital data storage composed of blocks linked to each other, in which transactions are recorded. We will not get into the technicalities of the permissionless blockchain in this article, but you can learn about it on our learn section.

The core information to keep in mind is that the Bitcoin blockchain is decentralised. Decentralised because permissionless, permissionless because public, and secure because of the economic incentives built into the protocol, as well as the replication of data through thousands of machines. These properties make the Bitcoin blockchain the most secure data storage that exists, because whatever is recorded on it is absolutely immutable and impossible to destroy.

The disruptive part of this technology is that data can flow in a frictionless and transparent manner between individuals, corporations, or institutions. The first obvious application is money. Indeed, it is the first time such a resilient network of value exists, using a non-inflationary protocol.

Those properties appear to make Bitcoin an extremely useful asset, designed to increase in value with time. So, why does we currently see strong downtrends, with currently a 70% loss compared to the all-time high?

A look at the Bitcoin price since 2017

In short, we were in a speculative bubble in 2017. The market was over-enthusiastic and outpaced the network’s usefulness. A significant amount of money was injected into crypto by individuals who didn’t care much about the technology and just wanted to gamble and earn easy money.

The market is recovering

The fall since january 2018 is significant when compared to its all-time high, but on a large time-scale, the price has been steadily increasing since 2015, when it traded around $250. This uptrend was explained by Bitcoin having a growing positive reputation, receiving increased media attention, as well as technological upgrades that were implemented in 2017.

In 2017, “Bitcoin” was listed second in the “Global News” category of Google Trends.

According to Coinhouse, the following major technological upgrades play an important role in the Bitcoin protocol evolution:

SegWit is a protocol upgrade which solves issues regarding transaction malleability and allows more transactions to be processed per block. Please visit segwit.org in order to learn more about SegWit and how it works.

The Lightning Network is one of the most important technologies being built on top of Bitcoin. LN allows Bitcoin to scale by multiplying the number of transactions on the network by many orders of magnitude.  It allows the creation of a network of channels that can process off-chain transactions faster and cheaper.

Such a large change did create turmoil and disagreements within the community, ultimately leading to the creation of Bitcoin Cash.

The Coinhouse team has produced a series of articles explaining what Lightning Network is, why it is important, and how it works. 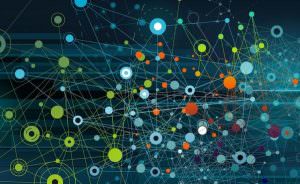 The Lightning Network allows opening payment channels and building a network so payments can be routed through these channels, faster and cheaper.

Bitcoin is an open-source project with very active development teams. The github page dedicated to its development shows constant activity on issues to be resolved as well as new feature proposals. Keeping watch on Bitcoin’s upgrades and technology advancements is essential for investors, as new technical upgrades can suddenly trigger broader adoption and fire up new uptrends on the price of Bitcoin.

END_OF_DOCUMENT_TOKEN_TO_BE_REPLACED

The Merge, a major evolution of Ethereum, will take place on September 15th

What is The Merge? The Merge is a major update of the Ethereum protocol. It will mainly allow a change in the verification mechanism of transactions on this blockchain.  It will also prepare the future evolutions planned...