Litecoin is a decentralized cryptocurrency, created by Charlie Lee on October 13, 2011. Nicknamed”The Silver to Bitcoin’s Gold”, Litecoin is popular in the world of cryptocurrencies.

Interest of the technology

Features such as the average time to create blocks have been modified compared to the Bitcoin blockchain, which is supposed to solve problems of scalability, evolution of the protocol or transaction fees.

Transaction fees on the Litecoin network are lower than for Bitcoin: as of September 13, 2018, sending any quantity of Litecoin cost just under $0.05 compared to $0.56 for Bitcoin

Learn more with our articles

What is Litecoin?
Litecoin is a decentralized cryptocurrency, created by Charlie Lee on October 13, 2011. Nicknamed ”The Silver to Bitcoin’s Gold”. 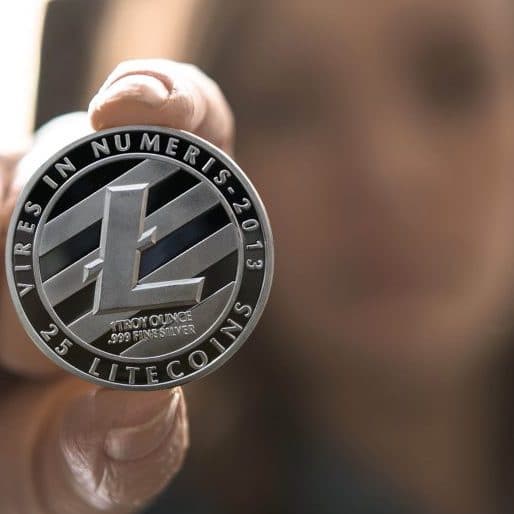 What is a cryptocurrency wallet?
A wallet is a software that will allow you to send, receive, control, and secure your cryptoassets. It can take the form of computer software. 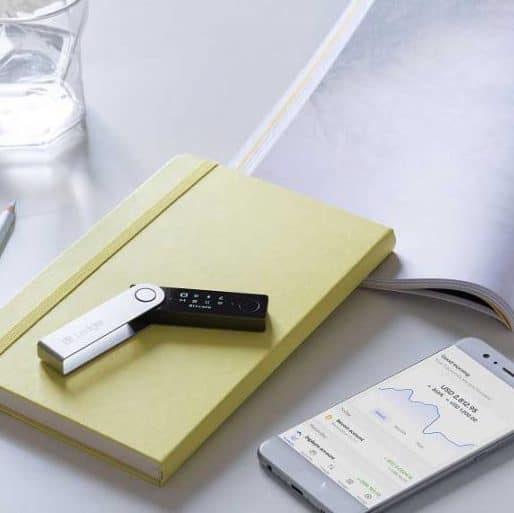 How should I choose my wallet?
The choice of a cryptocurrency wallet depends mainly on the use you will make of it. Some are more suitable to secure your funds as much as possible: physical wallets.

Discover all our articles →

Litecoin (LTC) is one of the first altcoins, created in 2011 by Charlie Lee. It is quickly listed on a few market places and its price quickly reaches 30 cents of dollar (USD).

The price of Litecoin evolves from 2011 to 2013 between a few tens of centimes and 3 dollars.

But from November 2013 the price of litecoin will experience its first bull market in a few days. The price is multiplied by more than 10 to reach about 50 dollars.

But with the bear market of 2014 and the scandal of the Mt. Gox exchange, the price of Litecoin suffers and falls back to around 1 dollar in January 2015.

After a small rise in the spring of 2015, Litecoin enters a two year consolidation period and its price stabilizes around $3.

In November and December 2017, Litecoin takes advantage of the cryptocurrencies bubble and the price literally soars. The absolute record is set at around 371 dollars on 19 December 2017, i.e. a 500% increase in 2 months!

In 2018, Litecoin suffers a new crash like the whole cryptocurrencies market and its price will fall back to a low of around 25 dollars on December 15, 2018.

How will the price of Litecoin (LTC) change?

Litecoin is one of the most correlated altcoins with Bitcoin. It would therefore not be surprising if it continues to follow the cycles of Bitcoin.

The probability remains high that the price of Litecoin will reach new historical highs, above $371, starting in 2021 or 2022.

But beware, the market for cryptocurrencies is very volatile and it is impossible to make an accurate prediction for the long term.

In the short term, it is likely that the price of Litecoin will continue to consolidate around $50 in the early months of 2020. As Bitcoin’s halving in May 2020 approaches, and if Bitcoin returns to a bull market, then Litecoin could first regain $150.

If the cryptocurrencies market returns to a very bullish phase as it did in 2017, then it is likely that Litecoin will climb back to its historical high of $371 and then go even higher.

Symbolic levels of $500 or even $1000 could be reached. However, this will require Litecoin to prove its strength and, more importantly, its usefulness in an increasingly competitive ecosystem.

Conversely, the risk of bad news for Litecoin is possible. If the price of Litecoin drops below $25 on a sustained basis, then it will be very difficult for Litecoin to return to its historical highs.

History of the Litecoin (LTC) ?

Litecoin was created by Charlie Lee in October 2011. Since that date, the asset has consistently been among the top 10 largest capitalizations in the cryptocurrencies market.

Litecoin is one of the very first altcoins on the market. While many altcoins from the period 2011-2013 have now disappeared, Litecoin has remained in the market thanks to some minor modifications compared to Bitcoin, but still useful and well thought out.

The creator of Litecoin, Charlie Lee, wanted to develop a faster and cheaper version of Bitcoin.

Thanks to a well-identified creator and intelligent marketing, Litecoin has built up a nice active community by 2013 and has become popular in the crypto market.

In July 2013, Charlie was recruited by Coinbase for a while, which surely helped Litecoin’s notoriety. The price skyrocketed towards the end of 2013.

A few years later, in May 2017, when Litecoin was listed by Coinbase, the price started to soar to its highest levels.

From that time on, Litecoin was often used as a “test network” because of its similarities to Bitcoin. Some developers who wanted to implement new features on Bitcoin did so first on Litecoin. A practice that still exists today.

Even today, Litecoin facilitates the testing of new projects, for example: SegWit, the Lightning Network and Atomic Swaps which were all implemented in Litecoin before they were applied to Bitcoin. Litecoin remains a symbolic cryptocurrency for now.

What is Litecoin (LTC)?

Litecoin is close to Bitcoin on many features, but has some fundamental differences. For example:

Charlie Lee has also found another advantage to the similarities between Bitcoin and Litecoin, notably through projects that ensure the interoperability of the two blockchains. He gave an example on twitter which is using Litecoin as an intermediary network to join the Bitcoin Lightning Network.

Litecoin is therefore a popular cryptocurrency, long since in the top 10 capitalizations, with several billion Euros. Barring major problems, Litecoin will certainly continue to be one of the major cryptocurrency on the market.

Discover all our cryptocurrencies →

By pursuing your navigation on our site, you accept the use of "cookies" intended to improve the performance of this site, to adapt its functionalities.
SPEICHERN & AKZEPTIEREN
Unterstützt von