What is Bitcoin? Bitcoin is the currency unit of an alternative financial system which works using computer code and cryptography, without a central authority; it is open to everyone at all times, transparent and censorship-proof.

Initially created as an alternative payment network, it is now mainly used as an investment asset and store of value.

1. A revolutionary concept: the blockchain.

2. How is a Bitcoin created?

3. The history of Bitcoin.

5. Bitcoin is rare but highly divisible.

6. How is Bitcoin’s price set?

7. Understanding the concept of Bitcoin mining.

8. Bitcoin as an investment opportunity and store of value.

THE FULL STORY: A Bitcoin video 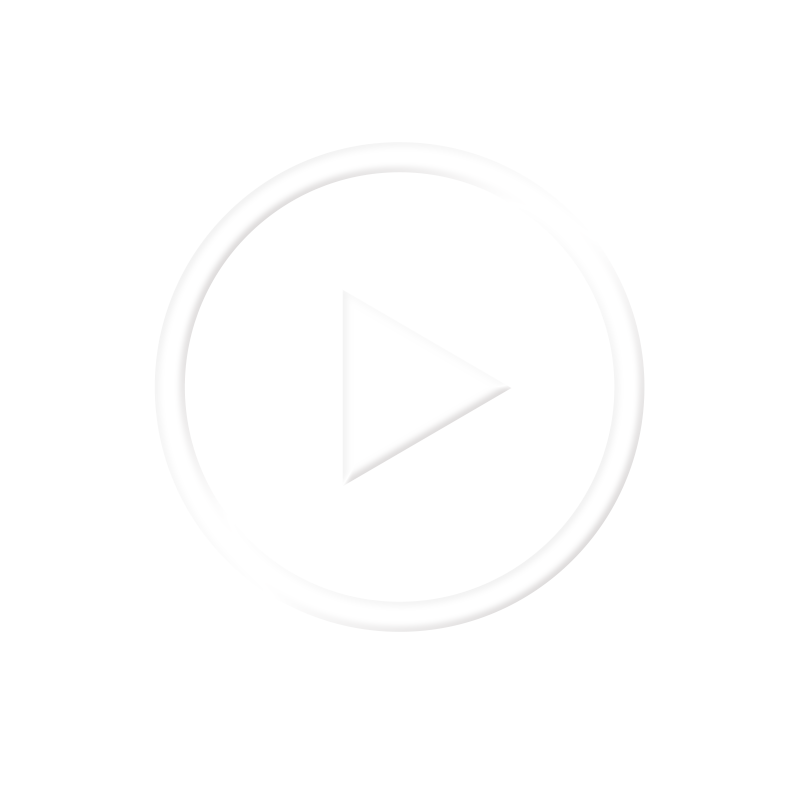 1. A revolutionary concept: the blockchain

Bitcoin operates on a protocol: the blockchain. This is a digitised account book in which all transactions are listed. Bitcoins are traded on this network; they are therefore exclusively digital.

This network has two fundamental characteristics: it is immutable and distributed. Consequently, no data recorded on the blockchain can be edited or deleted.

There is no central body which controls it: the data is replicated on tens of thousands of computers around the world and anyone can participate in the network and suggest changes. These attributes have led to confidence in the use of Bitcoin.

2. Bitcoin, a creation in response

Mystery surrounds the creator of Bitcoin. At most, we know a pseudonym: Satoshi Nakamoto. It may be one person or a group of people, but it is impossible to be certain.

Some experts say that Bitcoin was created as a reaction to the 2008 financial crisis, as a way to get away from banks and governments. But the few writings of Satoshi Nakamoto, which go back to the origin of the cryptocurrency, do not confirm this theory.

Bitcoin can operate without its original creator, who has not been active in the project since 2012.

He is the first person to have found a solution that combines security and decentralization, i.e. a system that functions entirely without intermediaries or central management bodies. 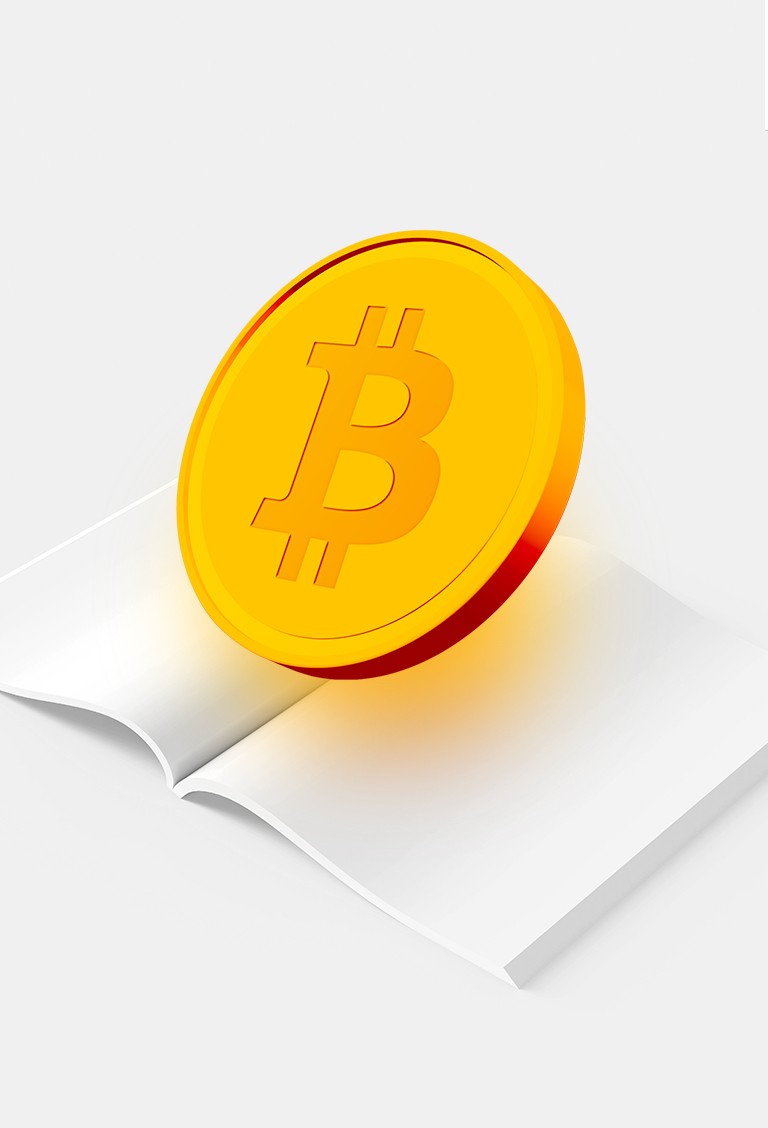 3. A bit of history on Bitcoin

Bitcoin first came into being via a document released on October 31, 2008, which explained the concept. The document, called the “White Paper”, is entitled: “Bitcoin: A Peer to-Peer Electronic Cash System”. The initial idea is to offer a digital currency.

The Bitcoin blockchain went live on January 3, 2009. At first, only a few computer enthusiasts were interested in it, but soon exchange platforms were set up, making it possible to exchange bitcoins for dollars, and thus to set a price according to supply and demand.

4. Bitcoin was originally a fast way to pay

Bitcoin is the Internet’s first international and native payment method. This allows anyone with Internet access to use Bitcoin without limitation. Transactions are fast, taking no more than ten minutes to reach their destination, even if your recipient is on the other side of the world. This is more efficient than bank transfers, which can take several days, especially if funds are being transferred internationally.

The Bitcoin network is also cheap: it is possible to transfer the equivalent of millions of euros in Bitcoin with fees of only a few euros.
Because of the sharp movements in its price, the asset is not widely used as a means of payment to buy goods or services. It is seen more as an investment tool, or even as a safe haven, but we’ll explore this in more detail later.

5. Bitcoin is rare but highly divisible

For the sake of clarity, let’s distinguish between the Bitcoin protocol – which is the network on which all transactions or information are stored – and Bitcoins, which are the units of value that are exchanged and whose price is set by supply and demand.

One of the fundamental characteristics of Bitcoin is that its money creation is predictable. 21 million: this is the total number of Bitcoins that will be available on the futures market, determined by the protocol at its inception. This limit gives it an intrinsic rarity, and the parallel is often drawn with precious metals, so much so that Bitcoin is referred to as digital gold.

21 million units for 7 billion people may not seem like enough if Bitcoin wants to establish itself as a medium of exchange that everyone can use every day, but this is a false problem.

Bitcoin’s units are currently divisible up to eight decimal places, and it is possible to go even further if needed. In honor of its creator, the smallest unit in the system is called the satoshi.

One bitcoin is therefore equal to 100,000,000 satoshis, and it is entirely possible to buy or trade one thousandth or even one millionth of a bitcoin.

6. How is the Bitcoin price set? 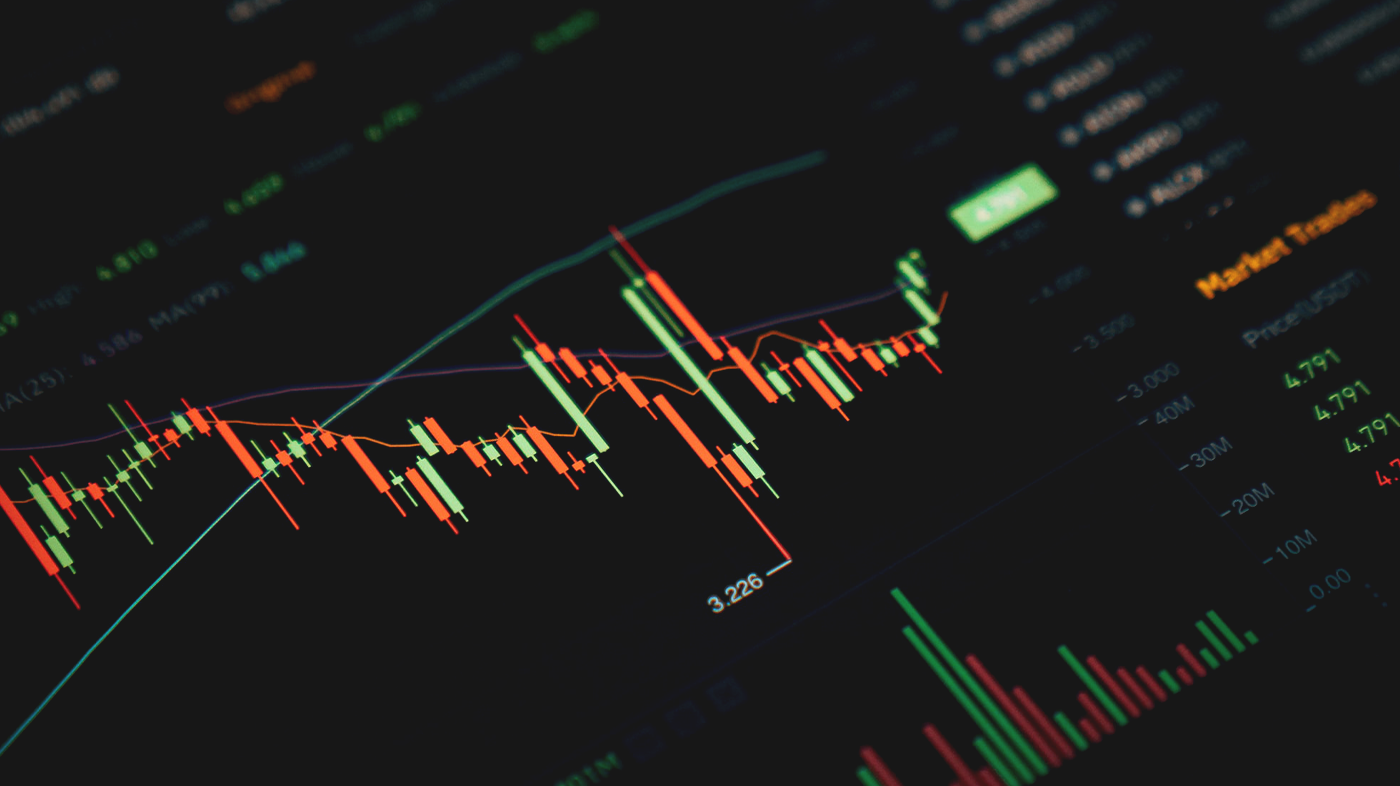 The price of Bitcoin is set, as with commodities or precious metals, solely through supply and demand. There are exchange platforms on which a large number of transactions are made every day, allowing a price to be set. More generally, the price is influenced by a myriad of factors on a daily basis: news, good or bad, the global economic context, or internal market dynamics.

7. Understand the concept of Bitcoin mining

People called miners are volunteers who use their computers to validate transactions and secure the Bitcoin network. Through this action, known as “proof of work,” they are the originators of money creation: the goal is to solve a mathematical equation, and the first machine to solve it receives a reward in Bitcoins.

For this reason, the analogy is sometimes made with gold: miners “discover” a new block of the Bitcoin blockchain each time an equation is solved. Just as the gold digger has put in the effort in a mine, the Bitcoin miner receives a reward for committing computing power and allowing the network to function. The difference is that with Bitcoin, everything is digital and the total number of units is determined in advance.

Miners are also paid by transaction fees, which vary from a few cents to several dozen euros, depending on the use of the network.

Today, bitcoin mining has been industrialized. We speak of “mining farms”: they designate a place, usually large, in which thousands of computers are grouped together for mining activities. These farms are often owned by companies because this is an activity that requires investment: to be competitive, you need a lot of equipment. Equipment that consumes a lot of energy and gives off heat, which requires air conditioning.

Some countries in the world are favored for this activity because of their cold winters and the low cost of electricity. Mining is still a technical subject, we will discuss it in more detail in this article. 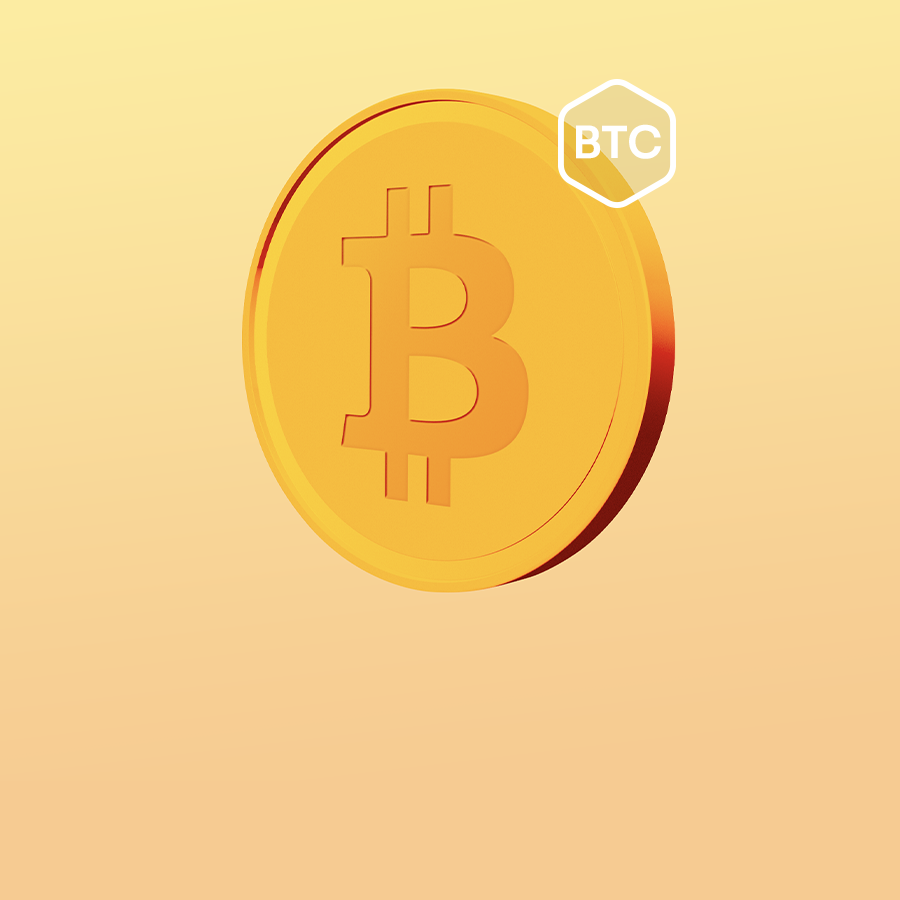 You’ve probably heard Bitcoin compared to digital gold. There are several characteristics that support this statement: like gold, Bitcoin is in limited supply, which introduces a notion of scarcity and is likely to drive up the price of the asset. Another comparison to gold is that Bitcoin is free from government money creation. In these times of economic uncertainty, this feature can give Bitcoin the status of a safe haven, in the sense that state currencies could depreciate with the phenomenon of inflation.

But beware, if buying Bitcoins for investment purposes can be a wise choice, one should not neglect its high volatility: its value can rise or fall sharply in the space of a few days only. Since it is not subject to any regulation, Bitcoin is regularly the subject of speculation.

How to buy bitcoin? 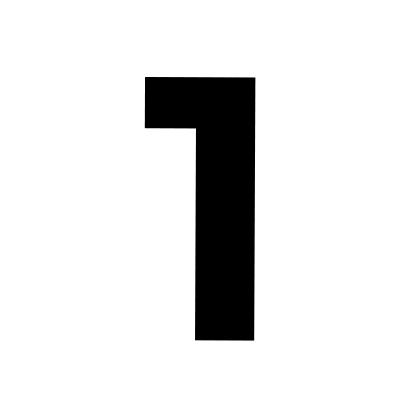 Open your account in a few seconds on our platform. 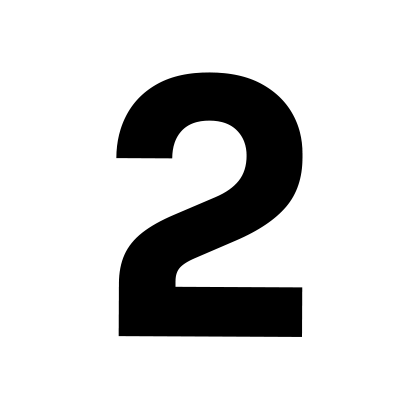 To protect you from potential fraud and hacking, we verify the identity of our customers. 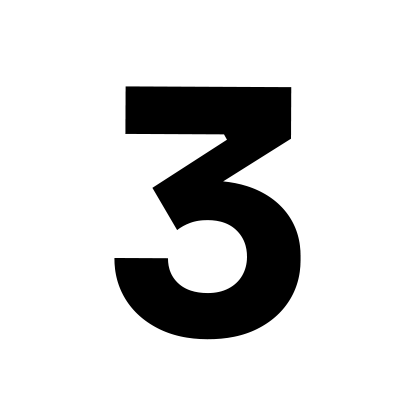 Buy your first bitcoins with a credit card or bank transfer from 20 €.

9. Advantages and disadvantages of bitcoin

The first advantage of bitcoin is that it can be used as an anonymous means of payment. But this cryptocurrency has many other advantages:

– Transfers are almost instantaneous (less than 10 minutes);
– Transfer fees are zero. The payment fees are lower than other more traditional solutions (PayPal, bank cards…);
– There is no limit to the amounts that can be transferred;
– Exchanges are made on a global level, without intermediaries for storage and transfer;
– Anyone can exchange bitcoins;
– It is a decentralized system, not depending on any institution;
– The total transparency of exchanges is guaranteed: each transaction is recorded in the blockchain, a public database;
– It is an attractive investment opportunity. Gains can be rapid.

Bitcoin also has several drawbacks. It is essential to know about them before investing or mining this cryptomania:

– The system is still unknown. Almost everyone has heard of bitcoin, but it is still not widely understood by the general public;
– The transactions are irreversible. It is not possible to cancel a payment in bitcoin once made, even in case of error;
– Its independence from institutions and the absence of intermediaries is not without consequence: bitcoin is not regulated or guaranteed by a central authority;
– Users must take special precautions to protect their investment. Users must take special precautions to protect their investment. It is essential to secure their computer and their online wallet. In case of hacking or loss of access, the user has no recourse. The user must also be very careful in choosing the wallet provider.
– Bitcoin’s price is highly volatile and can be significantly impacted by all sorts of events. However, this should evolve into greater stability as more individuals and businesses use this cryptocurrency.

What is the best Bitcoin wallet?

The first step before choosing the Bitcoin wallet best suited to your needs is to understand what a wallet is, and in particular the data it contains as well as its features. How to secure and hold your cryptoassets is one of the most frequently asked questions by...

What determines the price of Bitcoin?

If a Bitcoin were a manufactured product owned by a company, it would be possible for its creator to set the price, either directly by arbitrarily determining it or indirectly by limiting or increasing the quantity available on the market. As Bitcoin is by...

Bitcoin is an alternative system totally uncorrelated to traditional financial systems. With Bitcoin, for the first time, money isn’t under governments’ or banks’ control. Using Bitcoin is about relying on a transparent system working under... 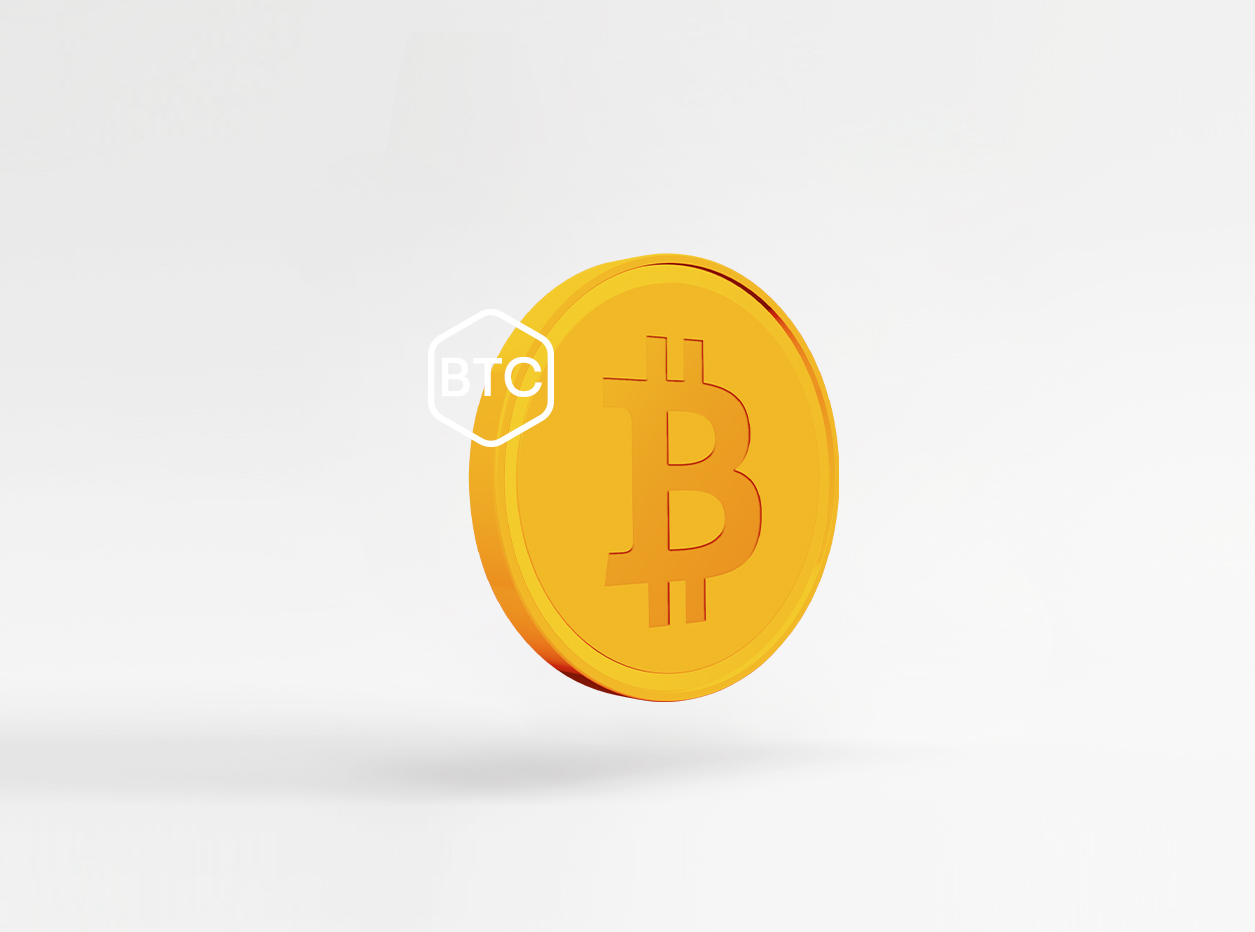 Want to get into the crypto business?