Bitcoin’s price is determined by the supply of and demand for coins on exchange platforms at any given time during the day. Depending on the country where the platforms are based, prices can be listed in euros, dollars, yen, and other currencies. 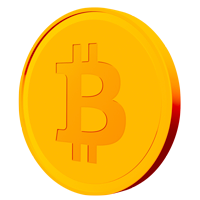 How Bitcoin has performed

Since its launch in 2009, Bitcoin’s price has seen some wild swings. But why is it so volatile?

Bitcoin: what factors influence its price

Several factors influence the price of Bitcoin, both in the short and long term:

Bitcoin’s price is much more volatile than traditional assets. It is not uncommon to see fluctuations of more than 10% in a single day, which makes it attractive as an investment vehicle, but also represents increased risk.

The cryptocurrency market is not yet as large as the traditional stock markets: it first reached $1 trillion in valuation in 2021. This may seem like a big deal, but in the financial markets sector, it’s just a drop in the bucket.

Therefore, it takes relatively little capital to be able to significantly influence cryptocurrency prices: the market is still in a maturation phase. A gradual increase in capitalization with the arrival of new players, especially institutional ones, will make the market less prone to violent excesses of volatility.

Bitcoin is without doubt the most famous cryptocurrency in the world. To better understand this coin’s intrinsic characteristics, we should look at some key dates and events in its history.

The price of Bitcoin started to be properly valued in 2011, some two years after it was created. Incidentally, in various historic charts, Bitcoin’s price was expressed in yuan (Chinese currency) or yen (Japan’s currency) since Asians were the largest users of cryptocurrencies in general and of Bitcoin in particular. However, the majority of prices are today stated in dollars or euros for ease.

In 2012, the price of Bitcoin was only a few euros. It was only really in 2013 that its price started to take off – reaching the symbolic €1,000 mark in 2014. More and more businesses and stores from all sectors were accepting Bitcoin as a proper means of payment. At the time, you had to sell Bitcoin on a trading platform to obtain a bank payment in the local currency of the business. This proved not to be an obstacle and the trend showed the growing legitimacy of cryptocurrencies across the world, with Bitcoin leading the way (as it still is).

In 2017, the wind in Bitcoin’s sails saw it reach new heights: 1 Bitcoin was now €17,000. This recognition was essentially due to the money flows into cryptocurrencies and the infatuation shown for this new digital asset by general and specialised media outlets. The revolution in the financial world had begun earlier but was now hitting a new zenith, unveiling new models and standards that had never been seen before. By late 2017, new financial products, along with futures, were being released onto the crypto markets. Speculation had become rife. On the other side of the coin, it was now possible to short cryptocurrencies.

The following year, 2018, witnessed the vicious plummet in the price of Bitcoin, falling to €2,800. It was not just Bitcoin however; all cryptocurrencies suffered a spectacular fall that year. Yet, this drop has to be seen within its context. While Bitcoin lost almost 80% of its value compared to its then all-time high, it remained 2.5 times higher than the price it had been at a year earlier. And at the start of 2020, Bitcoin’s price had reached €6,000 once again.

In fact, 2020 was the year in which investors and finance professionals around the world began properly seeking alternatives to diversify their investments. While Bitcoin’s price has suffered large drops, it has also gained credibility and buttressed its reputation. This cryptocurrency is shielded by many of its features, including its increasing use in everyone’s daily lives. It is far from being abandoned and businesses are adopting Bitcoin more openly, which has led the crypto to reach an all-time high of €50,000 in 2021.

A history of Bitcoin and its price

Bitcoin, an asset with an upward trend since its launch

The Bitcoin blockchain has existed since 2009 but the first trade of bitcoins on exchanges only started in 2010. At the time, one bitcoin was worth only a few cents. One use of Bitcoin that has gone down in crypto lore is when a software developer bought two pizzas in May 2010 for 10,000 bitcoins. At today’s Bitcoin price, those pizzas would be the most expensive ever.

The line has not always gone up for Bitcoin. But this is what attracts people to it. When the price goes down, investors buy Bitcoin with the hope that its price rises exponentially. Of course, there is no exact science to this. At the moment, experts descry highly encouraging outlooks for Bitcoin and the potential performance of its price. Nevertheless, it is important to act prudently and adopt a strategy to limit any losses of capital. Just like when delving into traditional equities.

A quick glance at Bitcoin’s price over the long term shows an asset that has been in an upward trend since it was created.

Bitcoin created by the enigmatic Satoshi Nakamoto, and launched. Bitcoin was then in its infancy. But a first estimate of its theoretical value has been carried out. At that time, it was thought to be worth one-thousandth of a dollar. Its value was calculated from the electricity a computer would require to mine one coin.

A milestone in the history of the price of Bitcoin. For the first time, 1 Bitcoin = 1 dollar and then soon after 1 Bitcoin would reach 1 euro. This parity with major global currencies endorsed Bitcoin which began its first steps on exchanges.

One Bitcoin was still only worth a few dollars or euros while just a few exchanges offered it.

Bitcoin settles around 10 euros ($13) and begins a powerful bullish wave.

Bitcoin’s price rose above 1,000 euros ($1150) for the first time. The first interest in Bitcoin outside the purely “geek” sphere appeared. The first and most daring businesses began to accept payments in Bitcoin, and the financial world watched this new asset with a cautious but watchful eye.

The concept of ICOs (crypto-currency fundraising), mainly driven by Ethereum, has created a lot of interest in the crypto-currency market. A new bull market was created, the media took hold of these new technologies and the whole thing went into overdrive, ending in a strong excess at the end of the year. The price of bitcoin reached 17,000 euros, or nearly 20,000 dollars.

The year 2020 was the year when professionals entered this market en masse, with pension funds and hedge funds in particular taking significant positions. The economic situation has forced these players to look for alternatives to traditional investments, and the cryptocurrency market has really benefited from their arrival.

Is it too late to buy Bitcoin?

The first exchange platforms for bitcoins opened in 2010. Since then, its market cap has increased more than one million percent, making it the best performing asset of the decade from any asset class. This growth has gradually slowed but continues today, since Bitcoin’s value in 2020 has increased over 300%.

From an investment perspective, everything seems to point to the blockchain and cryptocurrencies being a major evolution in the technology and finance sectors. Bitcoin’s value should continue to appreciate over the long term. Nevertheless, it is important to remember that investing in these assets carries high risk and you need be fully informed beforehand.

Bitcoin, if nothing else, has features that make it a unique asset: firstly as a store of wealth and, secondly, perhaps as a future medium of exchange on a grand scale. However, there are many debates on the topics of decentralisation and the security of exchanges. The best thing to do is to keep abreast of the major news in the area so you do not miss out on significant changes that could presage future increases in the price of cryptocurrencies.

There is actually no official value of Bitcoin, just like there is none for any of the vast number of cryptocurrencies available on the market. Nevertheless, it is possible to assess its price based on supply and demand and determine how much one Bitcoin is worth. This is calculated from the transactions made on the global cryptocurrency exchanges. Given the fluctuations in the price of Bitcoin, the question of whether it is too late to buy this crypto-asset is not what you should be asking. Like any other digital coin, the price is highly volatile and can swing up or down; yet, this is what creates a keen interest in this asset class. As is the case for any investment, no matter what it is, it is necessary to develop a strategy to optimise your acquisitions. Herein lies the importance of watching Bitcoin’s price so you can buy at the right time. It is by no means too late to buy Bitcoin, but you need to be watchful, patient and work on a well-thought-out analysis. Our cryptocurrency experts can help you develop a relevant buying strategy if you need one.